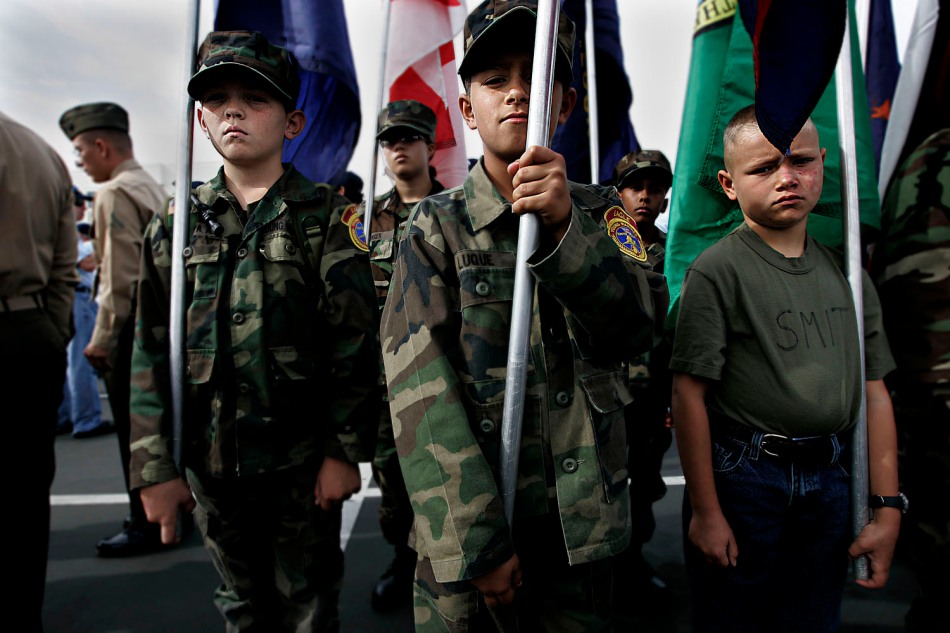 As work has all but dried up the last week or so, I thought I’d try to be pro-active and head down to San Diego’s annual Veteran’s Day Parade.  In the past I’ve always found the best images come before a parade when everyone is waiting in line to march and sneaking in a few practice moves before the show.  I also wanted to make photos that might have a bit more of a political implication seeing as we are at war and probably will be for some years to come.  I found these kids in the Young Marines program in line before the parade and was struck by how mature they looked and started thinking where or what battlefield they might end-up on someday.  I wonder if they have any idea of what they might be asked to do.  Right now though, it’s just fun to dress-up and act like a Marine. 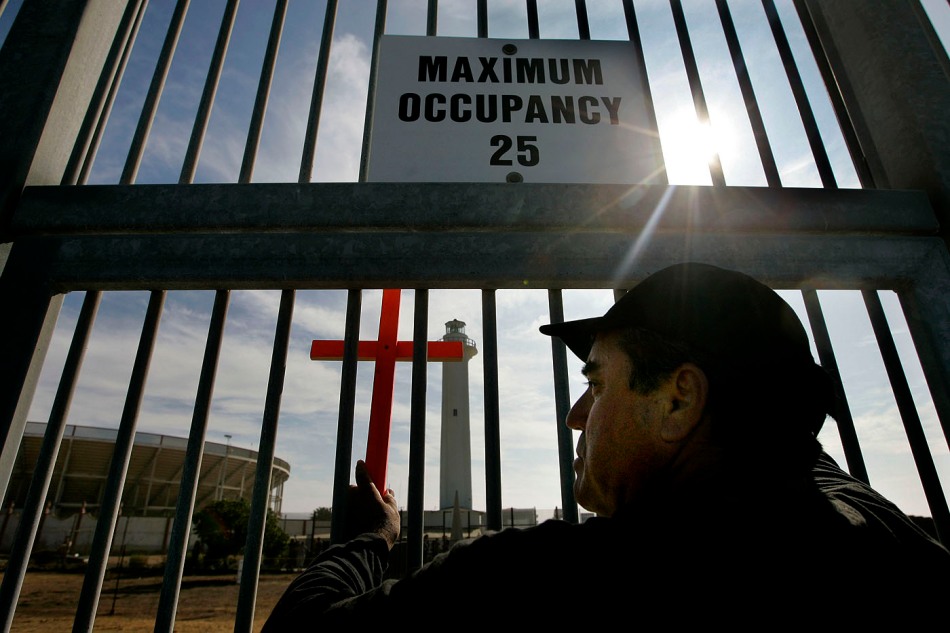 Been slow around here lately so I went out and shot some spec work on a vigil held at the U.S.-Mexico Border.

In light of the Berlin Wall coming down 20 years ago today, activists staged a protest at our wall to bring to light human rights issues between Mexico and America.   For generations families would gather at Friendship Park and re-unite with relatives by having picnics with their loved ones on the other side of the wall.  Well, the U.S. Government put an end to this decades old tradition by erecting a new fence which has in effect, put this to an end.   It’s very sad to separate these families all in the name of homeland security.  I just hope our current administration will recognize that it is more beneficial and safer to create goodwill between ourselves and our neighbors. 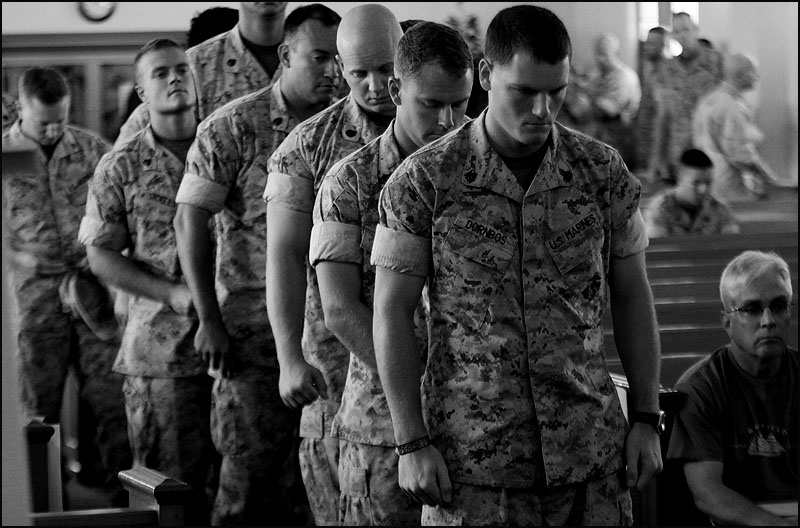 As the war in Afghanistan seems to linger on with no end in sight, I had to photograph yet another memorial for a fallen Marine.  Staff Sgt. Aaron Taylor was killed in the line of duty while serving in Afghanistan in early October.  It really brings the war home and makes it seem more tangible when you see fellow Marines breaking down and acting like human beings.  Death is a terrible thing to have to deal with, especially when you have a young, smart, energetic guy who was taken at such a young age.  Folks, the economy is in the tank, our healthcare sucks, Glenn Beck will always run his mouth too much, but please remember there are real people with families and friends dying for our country every day. 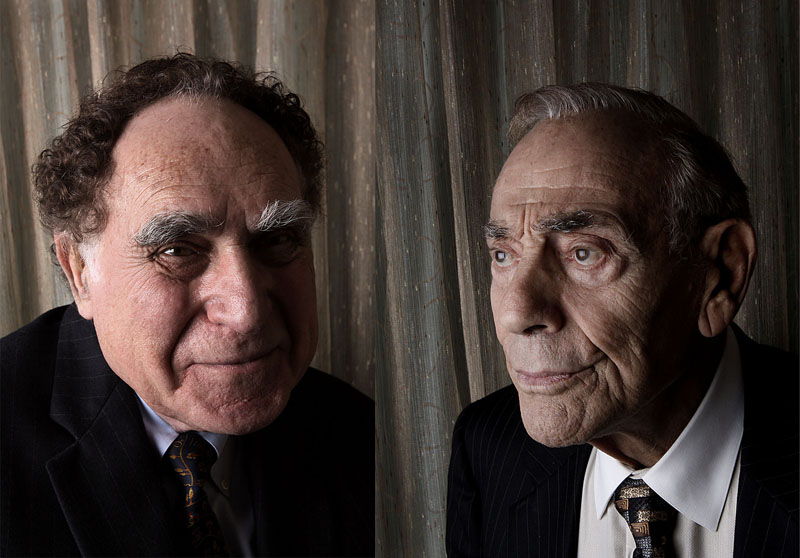 Shot some portraits of two legedary dudes in the Direct Marketing world at a hotel in San Diego.  My directions were to get them pretty tight against a wall with some kind of color.  So of course I walk into the room and all the walls are butt white.  So I noticed  the curtains had a nice texture an just popped the subjects in front of them.  I also had to match the mood with  5 other photos from this story that a photographer shot in NY.  Believe it not, these guys were pretty animated and gave me tons to work with.  It’s also lways fun to ork with older folks because their faces have so much charactor. 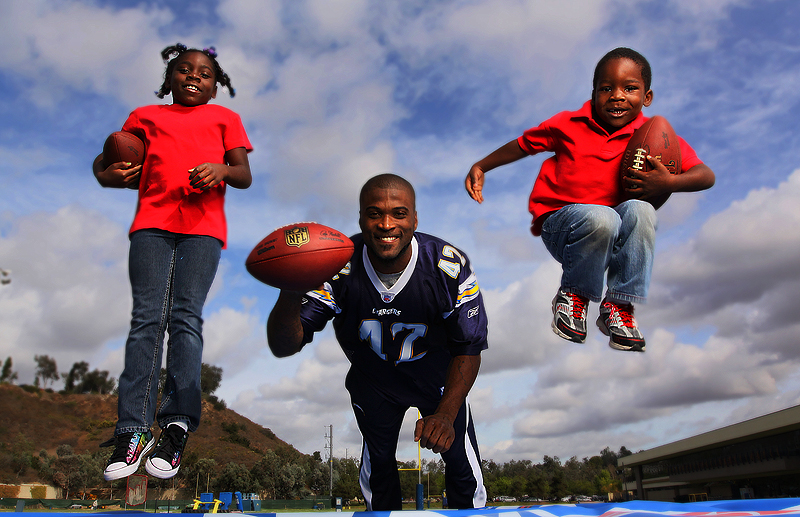 Bummer man!  So I’m just finishing a calendar called the “Leap of Faith” which pits adopted kids with various San Diego Chargers that I’ve been working on for much of the summer. We finally get our last player Clinton Hart to volunteer his time which would be our December spread.  Everything goes just right, he’s a nice guy, kids were great, shot came out pretty decent, deadline to go to press is this Monday.  Well, he got cut today. Dang, now I get word the kiddies are going to be devastated that they won’t be in the calendar. I imagine Hart isn’t too thrilled as well.  Looks like we’re going to have to pick a shot with the 2 and crop Hart outta there.  This kinda messes up the continuity of the entire piece.  I’m not too upset, it’s really all about getting these guys adoted.

I spent the weekend shooting the UCI BMX Supercross World Cup at the Olympic Training Center in Chula Vista.  Great light, lots of action and color all made for a dynamic event for photography. 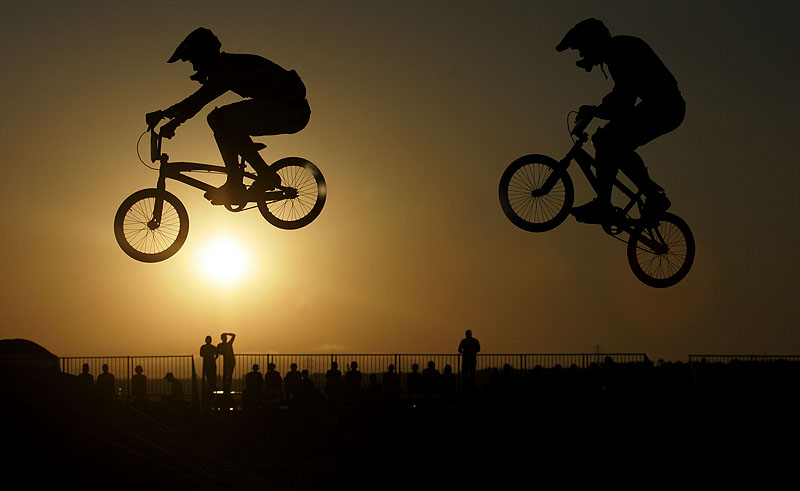 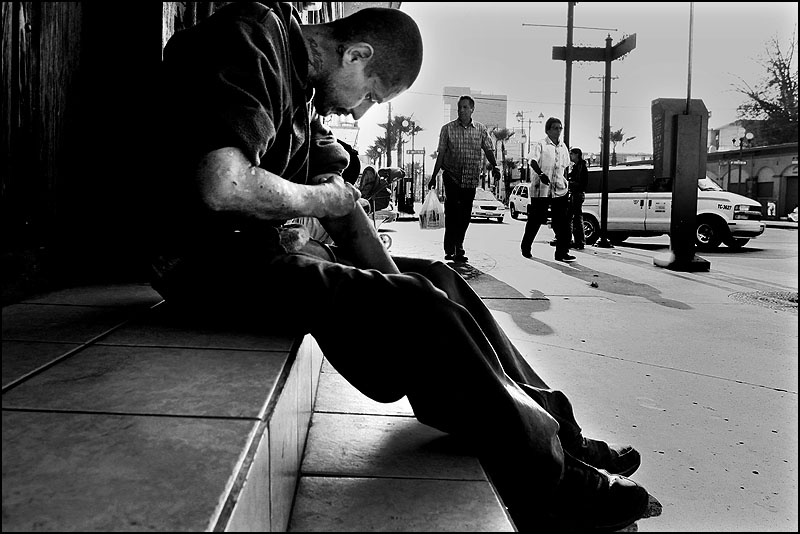 I’ll never forget a question posed to James Nachtway, one of the world’s great war photographers, on how he deals with photographing in dangerous situations. His answer was simply “it’s what I do, It’s part of the job”. For some reason, that small statement has helped me somehow cope with entering these hairy situations. I sometimes think that if I am going to “go”, It might as well happen while doing something I love, i.e. photography. I wonder what kind of motivating force Martin Luther King, or Ghandi must have had knowing there were lots of people who wanted them dead. We all have to put our ass on the line every once in awhile if we want to make a statement or , in my case, want to tell the story that needs to be told.
I was assigned to go to Tijuana to illustrate a story on Mexico’s legalization of small amounts of drugs. Knowing the streets well, I headed right for the “Red Light” district where most of the illegal activity occurs. As I was roaming around, I looked over and saw a number of folks shooting-up heroin and lots of rough looking dudes hanging out that looked up to no good. I knew I had to get this so I just took a deep breath and went and sat next to this guy that was using. As I was shooting, all eyes started to focus(no pun intended) my way. One guy flipped me the bird and started cursing and then headed towards me. Knowing I was caught, I then went in to survival mode and for reasons unknown got up, and with a big “I’m just a dumb Gringo” smile, walked right towards the guy and just introduced myself and just told him what I was doing. I said ” The government just legalized small amounts of drugs and I’m just getting shots to tell the story” He let his guard down a bit, and then oddly enough offered to go get some weed if I’d give him 10 bucks and come back in an hour. He also wanted me to buy this odd rain tarp that looks like he probable stole it and wanted to get rid of it. That’s when I started to think maybe I should get outta dodge. By that time, lots of people had congregated around us and it just felt like time to go. 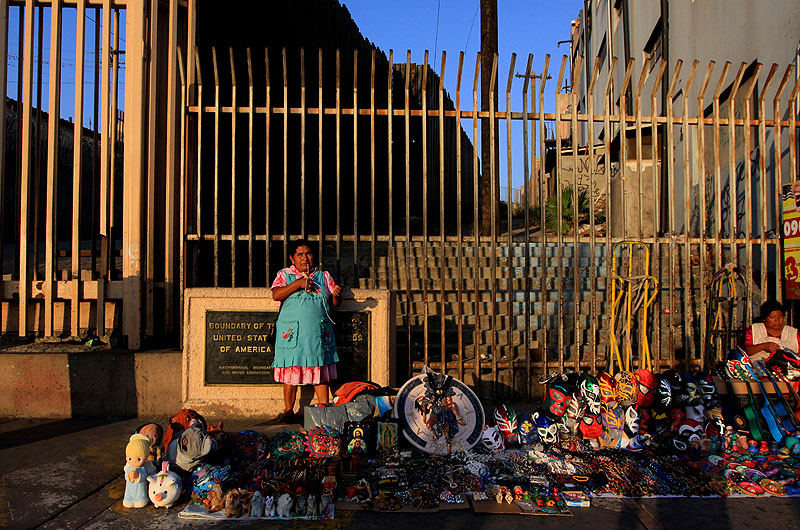 Just a snap while I was heading home from the office the other day. 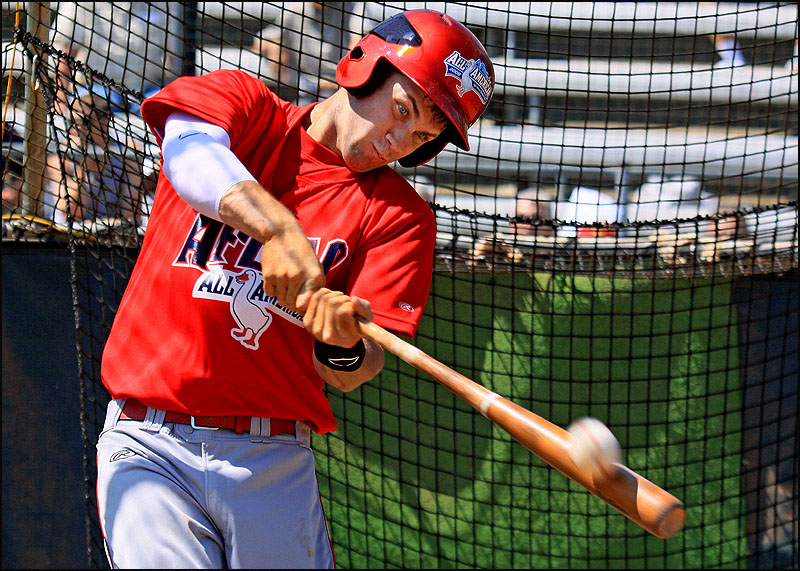 So this kid Bryce Harper, a High School Junior out of Las Vegas, was deemed the “Chosen One” by Sports Illustrated Magazine.  He has all the tools that have him one of the most highly publicized prospects in the history of H.S. baseball.  I caught this shot while putting my neck out there behind a pitchers net during a home run derby at the AFLAC All American H.S. Baseball Classic.